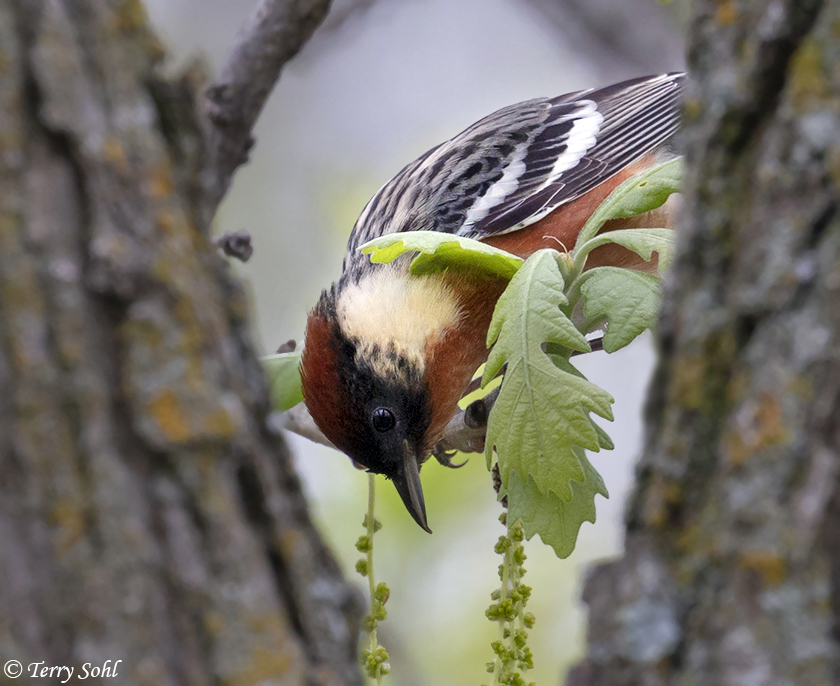 A SPECTACULAR morning of birding.

God I love the month of May.  It’s the absolute perfect time of year in South Dakota, both in terms of weather, and especially in terms of birding! All the summer residents are arriving or have arrived, and we have SO many cool migrants moving through the state on their way north.

Today I got up before dawn and wanted to bird the morning hours. I arrived at Newton Hills State Park just before dawn, and right before I even pulled into the park, I saw a big shape in the trees on the side of the road.  A Barred Owl!  Only the 4th time I’ve seen them in the state, Barred Owls are few and far between in a state better known for its grasslands than forests.  WONDERFUL way to start the day, particularly since it was such a photo-cooperative bird!  The rest of the morning was spectacular as well…some photos from the day below.

Only the 4th time I’ve seen them in South Dakota, a gorgeous Barred Owl right before sunrise. He was in a forest clearing near the entrance to Newton Hills State Park in Lincoln County.

There’s a home on the edge of Hartford, South Dakota that has 3 Purple Martin houses. They seem to reliable hold Purple Martins every year, and this year was no exception. Beautiful birds, both in appearance and in song. It’s tough to get the good light on them though so you can see the purple! This is probably the best Purple Martin photo I’ve ever been able to get.

THIS is the sound of spring to me…a tiny Ovenbird, singing it’s heart out from the middle of the forest. There were many Ovenbirds singing at Newton Hills State Park this morning.

A Wilson’s Phalarope stretching its wings. Beautiful birds, particularly when you see them in large groups doing their “spinning” behavior at the top of the water as they feed.

A Virginia Rail, perhaps better named “Swamp Ghost”. I hear them all the time! Seeing them is another matter, but usually if you hang out in an area where they’re calling, you’ll eventually get a glimpse of one moving through the marsh.

A Yellow-rumped Warbler, by far the most common warbler we get moving through. This guy is a preview to the “big show”. Many Yellow-rumped Warblers are around right now, but not many other warbler species. That will change in the coming days…warbler migration in South Dakota can be spectacular!

Ovenbird, one of many I heard and saw today at Newton Hills State Park.

The weather wasn’t great this morning.  Cool, overcast, and drizzling every once in a while.  The options for such a Friday in May…go to work, or take the day off despite the weather and go birding all day.

Of course option B was chosen.  May is such an incredible time to bird here, with all the migrants moving through and the summer songbirds arriving.  I spent most of the day at Newton Hills State Park, a gem of a place in Lincoln County, South Dakota.  It’s got wonderful forest habitat reminiscent of forests of the Eastern U.S., right here on the (mostly) plains of South Dakota.  With an “eastern forest” comes “eastern birds”.  Newton Hills is often one of the very few places where you can find some species of forest birds in the state.

At this time of year, the summer breeding residents are arriving and singing their hearts out.  One of my favorite species was one of the first birds I heard when I arrived this morning, an Ovenbird singing his little heart out from the top of a fence post.  Newton Hills is the most reliable spot I know of to find these guys both in the spring, and during the summer breeding season.  I saw several Indigo Buntings flitting through the big Burr Oak trees, providing momentary glimpses of a shocking brilliant blue that you just don’t expect to see flitting through the forest canopy.  Rose-breasted Grosbeaks were singing everywhere, as were Eastern Towhees.  Two of the most numerous summer breeders in parts of the park were also two of the loudest and most obvious birds today, with Yellow Warblers singing and chasing each other all over the place, and the ever-present (in summer anyway!) House Wrens found in practically every corner of the park.

An elegant Black-and-White Warbler pausing to get his photo taken.

One of the things I’m learning to appreciate is the unseen, yet heard bird.  Ok, yeah, may seem obvious, but for a guy who has focused on bird photography for so long, seeing has always trumped hearing for me.  There were several species that I heard today, but only got a very brief glimpse of or didn’t see at all.  I hear Wood Thrush in multiple spots, with their beautiful, metallic-sounding (to me) songs.  I desperately was trying to get a photo of a Scarlet Tanager I heard, but he stayed in the treetops and never even gave me a glimpse. One singing bird I REALLY was trying to track down was what sounded very much like a Kentucky Warbler.  I heard it singing at some distance, but when I walked towards the area it stopped singing and I never found it.  I’ve never seen a Kentucky Warbler, hence my excitement at hearing the bird.  I don’t know the song of one well enough for me to conclusively say that’s what it was, even though it sure sounded like a Kentucky Warbler when I got back to my car and compared to the song of one on my iPhone.

Alas, a rarity and a lifer that eluded me.  It really wasn’t a terrific day for any unusual birds, but there certainly was a really nice variety of migrants and arriving breeding birds. The birds I get the most excited for this time of year are the warblers, but other than those mentioned above, the only other species I saw today were Black-and-White, Orange-crowned, Yellow-rumped, and Common Yellowthroats.  Warblers are so unpredictable here though, with birds seemingly “dripping off the trees” on some May days, and seemingly absent on others.

A great day overall!  One puzzling thing though was how it was so “birdy” at Newton Hills, but so completely dead at another spot I visited. I haven’t been to Union Grove State Park very much, but in many ways it’s very similar to Newton Hills, with a lot of uncharacteristic (for South Dakota) eastern forest land.  As loud and boisterous as the birds were at Newton Hills, I was immediately struck at how quiet it was at Union Grove.  I kept listening for birds, trying to find a “birdy” spot to get out and walk, but I was met by complete silence.  After half an hour I’d driven all the roads in the small park, and the only birds of ANY kind I saw were a pair of Turkey Vultures, a Crow, and a Blue Jay.   The only birds I heard but didn’t see were a Red-bellied Woodpecker and a Chipping Sparrow on the way out.  Weird…not even a Robin, when they were all over the place at Newton Hills.

Ok, somebody tell me…have you EVER seen an actual “orange crown” on an “Orange-crowned Warbler”?

Despite the quiet at Union Grove, despite the rather gloomy weather to start the day, it ended up being a very nice day of birding. There were about a dozen “first-of-year” birds for me, which brings me up to around 160 species for the year so far, within South Dakota.  Not bad, considering we’re a frozen wasteland for 6 months of the year, and there’s not much for quantity or variety of birds during that time!