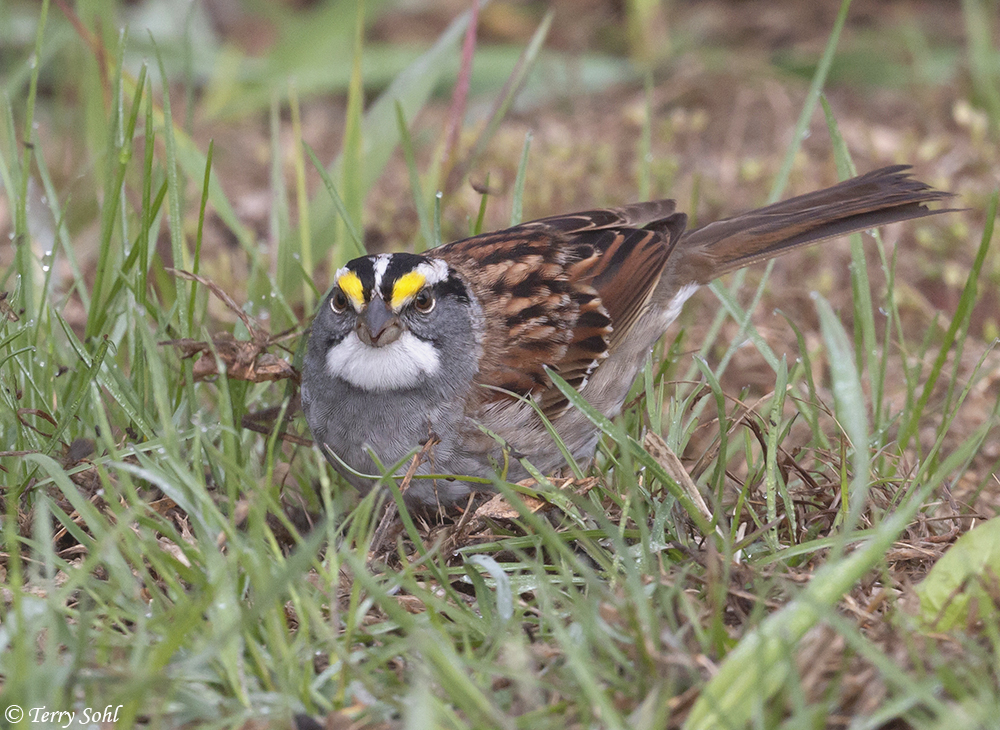 There are two parks near our house that are characterized by heavily wooded lands next to a river. The first is the Big Sioux Recreation Area, just across the street. It’s nice, but it’s the far more developed of the two parks. This time of year I admit I’m not fond of birding there. They cater SO heavily to campers, going in and taking out a lot of the vegetation around the campsites to accommodate space for the giant RVs that are now so prevalent. I did go there last night for about 20 minutes, before the noise of the big-screen TVs blasting gameshows at top volume drove me away. I REALLY don’t get the point of people who do that.

The second park is Beaver Creek Nature Area. It’s about 3 miles from my house, and is MUCH less developed. No camping…yes! There are trails winding along riparian areas, upland woodland, and open grassy areas. Without the camping, it gets much less attention and is far less crowded. From a birding perspective, it’s wonderful. You can HEAR THE BIRDS! No TVs!! No loud campers! Just…nature.

I had a couple of hours this morning and headed to Beaver Creek. It was an incredibly foggy morning, but the park was certainly birdy. Migrant warblers still have yet to move through in any numbers, and for the morning I didn’t see a single warbler species. That’s a bit odd, as usually you’d at least see plenty of Yellow-rumped Warblers moving through. But what it lacked in warblers it made up for in sparrow species. White-throated, Harris’s, Clay-colored, Chipping, Lincoln’s, Swamp, White-crowned, and Field Sparrows…not a bad mix for one spot, and I frankly I get just as excited for all the migrant sparrows as I do the warblers. Other first-of-year sightings included Rose-breasted Grosbeaks, Northern Rough-winged Swallow, and Yellow-bellied Sapsucker.

Before heading that way for the first time this spring, I admit I was a little concerned about what condition the park would be in. With near-record flooding this spring, one road to the park is closed, and there’s still plenty of high water around. I was happy to see the park open and most of the trails accessible, but there was one major change in the park…Beaver Creek changed course! Over the last couple of years, one big loop in the creek was eroding away the bank just as you crossed a little pedestrian arch bridge over the creek. That’s not going to be a problem any more! Further upstream a bit, the flooded creek evidently tore through a narrow strip of heavily wooded land, cutting off the loop. The water was still quite high and a small amount of water was flowing through the loop, but as the water returns to normal levels is pretty clear that loop is now completely cut off and is going to be a new oxbow.

Thankfully it’s not going to affect the trails in the park, but it certainly is a great indication of just how powerful and unpredictable Mother Nature can be! A few photos from this morning: