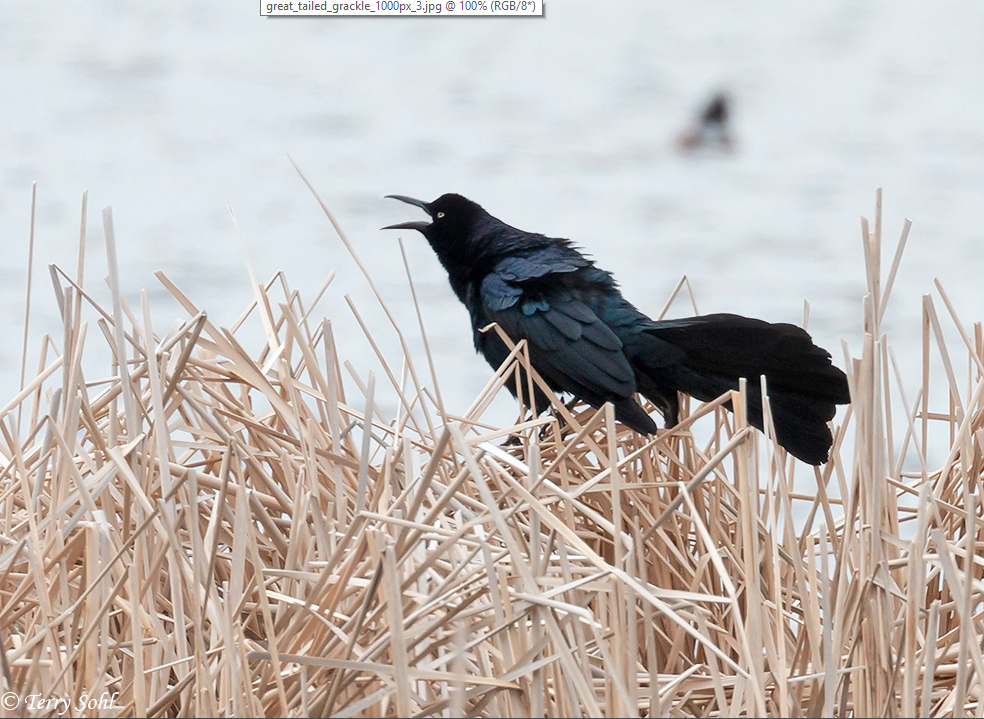 If I could, I think every year I’d just take the month of May off and go birding. After a god-awful South Dakota winter, May almost seems too good to be true, with an explosion of life that seemed impossible just a month or two ago. I think birders always have a bit of the “grass-is-always-greener” mentality, wanting to see new species, and I’m no different. But I have to say migration in May, along with the arrival of summer residents, can make for some truly spectacular birding.

After today I’m at 154 species for the year for South Dakota. Not bad considering I was struggling to hit 100 a week or two ago. Today I birded Lincoln County, spending quite a bit of time around Newton Hills State Park. The highlight…when walking along the trail from the Horse Camp to the picnic area (along Sergeant Creek), I reached the halfway point that’s been THE spot to find Blue-winged Warblers in South Dakota. I paused and waited, hoping to hear the buzzing song that meant they’d returned yet again. No luck on Blue-winged Warblers yet, but while standing there, I heard a strange mess of a song in the bushes along the creek. It wasn’t a song I was familiar with, but reminded me of a Catbird or Brown Thrasher with the weird mix of phrases and some harsh notes. It took me a while to find it in the binoculars…White-eyed Vireo! A lifer for me!! I watched him belt out a couple of bursts of song through the binoculars, then reached for the camera and…bye-bye. Just a glance down to grab the camera and not only was it gone, but I didn’t hear or see it again. A bit bummed to not get a photo, but after birding 20+ years here any time you get a lifer it’s a great day.

Another highlight was when I wound my way back towards Sioux Falls by going past some of my favorite wetland areas. There’s the “Pet Cemetery” wetland south of Tea 6-8 miles or so where I often have good luck, but I ran into trouble today on the road that cuts through it. After the flooding this spring, there’s one spot on the road where water has been across the road, but it was very shallow and I’d already driven through it a couple of times this spring. Today was different! Today there was one big, deep hole in that road!! Now when I go birding I have a Toyota Tacoma with 4-wheel drive, and the thing has always been a beast, getting me in and out of any kind of terrain. Today I thought I’d met my match! When I hit the hole I was going nowhere fast, and the water was deep enough that I feared it was going to run into the passenger cabin. I’d pretty much resigned myself to getting wet and calling a tow truck, but after a bit of rocking, the hole reluctantly released my Tacoma and let me back out (with a LOT of effort!). So much for going on that road all the way through the wetland!

It turned out to be a blessing though. I turned around and headed back, and as I did, I saw a Great-tailed Grackle in the marsh. They’re a southern species that has been moving north in recent decades. I still remember when people were getting excited seeing them, and then…they seemed to disappear for several years (for me anyway). This was the first I remember seeing for quite some time. In another sign that birding is always unpredictable, I saw a 2nd one an hour later, up near Humboldt!

A lifer, and a rarity…a great day! And other than the White-eyed Vireo and Great-tailed Grackle, there were many first-of-year (FOY) birds for me including:

A few more photos from the day: