A typical day on the Fort Pierre National Grasslands 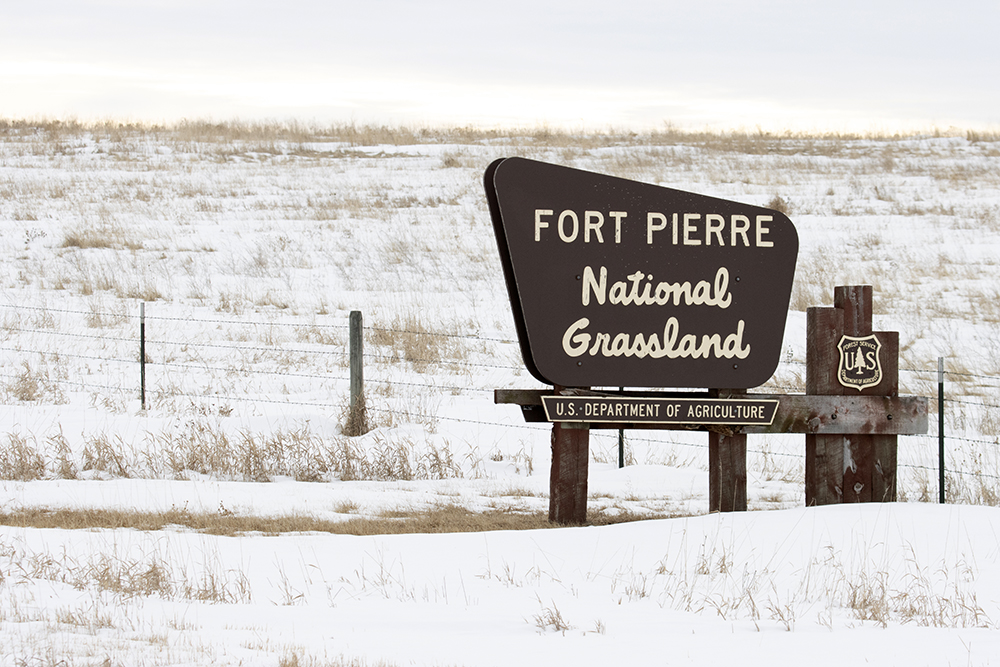 Two weeks off of work, winding down as I prepare to return to work tomorrow. It’s been a wonderful (and much needed!) break, with time with the family, and plenty of birding. In two weeks I managed to make it out to central South Dakota three times…more than I normally do all winter! It’s such a magical place for me in winter. Quiet…open…often harsh and unforgiving…yet very restorative for me when I need time alone to recharge.

So what’s the attraction? Central South Dakota? In the dead of winter? Here’s a photo synopsis of what it’s like, all photos from my most recent trip out there last Thursday/Friday.

A very windy day, but with time for finding migrant warblers and shorebirds drawing to a close in the next few weeks, I wanted to go out to see what I could find of either group. The answer…not much! It was such a snowy winter and wet spring, and there are flooded fields and other great shorebird habitat everywhere you look, but someone forgot to tell the shorebirds to show up. Warblers haven’t been much better, as so far with the relatively cold last week+, there haven’t been good numbers of migrant warblers, other than the ubiquitous Yellow-rumped.

I’m not going to complain, as it has been a great spring for migrant sparrows and some other species. So while the day started with a focus on warblers and shorebirds, it ended with something very different. I was driving in Minnehaha County, and saw a road closed sign, with a lot of water about half a mile down the road. Thinking it might be a good place to see shorebirds, I went down the road to the place it was washed out. There were a handful of shorebirds (Pectoral Sandpipers and Lesser Yellowlegs), but it was pretty quiet. However, in a stand of some of the tallest cottonwood trees I’ve ever seen was a MASSIVE nest…clearly a Bald Eagle nest. It was a good 200 yards from where I parked and I couldn’t see much, so I did a bit of wading through the washed out road until I got a little bit closer and could see through a gap in the branches. I was rewarded by the sight of an adult Bald Eagle perched on the edge of the nest.

It was a windy, not really pleasant day, but I found a little protected spot near a bridge, a hunkered down to watch for a while. I wanted to try to see if there were any young in the nest, or perhaps see the adults bring food back to the nest. For about half an hour, not much happened, as the lone adult sat on the nest without moving much. Finally she stood up, shook her feathers a few times, and took flight. Off she went along the path of the flooded creek, stopping once and circling a bit when it seemed that something caught here guy, before continuing down the creek and disappearing.

The nest in the meantime seemed unoccupied, and it made me wonder if she’d successfully nested that year. The lack of her mate during the whole episode also made me wonder if she just hadn’t mated this year. However, about 5 minutes after she flew off, a head popped up along the edge of the nest…a young eagle! Then another head, another young bird that looked a little smaller and less developed than the first. Not a lot happened for the nest 20 minutes or so, with the 2 young birds not moving much, but with heads clearly visible in the nest.

Then about half an hour after the adult left the nest, an adult came flying in along the road. Whether it was the adult on the nest previously, I don’t know, but clearly it was one of the parents of the two young. It didn’t appear to have food or anything for the young, and landed on a branch some 20 yards from the nest. Not long after landing, she began to be harassed. The tall cottonwoods must have had some cavities, because there were several European Starlings flying in and around the trees, and they weren’t happy with the Eagle’s presence. They didn’t directly harass the parent, but one resident of the cottonwood grove certainly did…a Red-headed Woodpecker. With some vocalizations that carried through even the heavy wind, the woodpecker twice flew at the Bald Eagle before landing in a branch above it and giving it a good scolding. The eagle scolded the Red-headed Woodpecker right back at one (giving me a great photo opp!), before the two settled into an uneasy truce.

About 5 minutes after landing on the branch, the adult eagle flew to the nest, and settled in. Once she arrived, the young again disappeared and were no longer visible on the edge of the nest. That was still the situation when I departed.

No shorebirds…no warblers…but a wonderful morning spent watching the eagle family try to raise a family. They certainly chose a wonderful spot, in the middle of nowhere (for Minnehaha County), in the tallest trees in the area, and surrounded by a heavily flooded creek flowing around the trees that made it impossible for any land creature to get close to them. From the size of the young it looks like she was well on her way to successfully fledging a pair of young, whether or not she was doing it on her own.

After 17 or so years of using one lens for bird photography (a Canon 400mm 5.6L), I ordered a new lens that arrived Monday…the Canon 100-400mm 4.5/5.6L IS II that I’ve mentioned previously.  The timing was fortuitous, as late this week we’ve had something rather unprecedented happen for the area around our little town. We’ve had severe flooding, flooding which is actually supposed to get worse early next week as all the snow pack north of us melts. Splitrock Creek runs through our little town of Brandon, and in the wake of the flooding it has left massive ice chunks all along banks and roads near the river. But it also left scads of dead Asian Carp and other fish.

Seemingly overnight, the area around our town has been inundated with Bald Eagles. We actually have an active Bald Eagle nest less than a mile from our house, a nest that’s been used continuously for about the last 6-7 years.  It’s not rare to see one or sometimes even two Bald Eagles while out and about near our town. Today however, I was on a bridge over Splitrock Creek, and from that one spot I counted 29 Bald Eagles. In…one…spot.  There have been eagles in varying concentrations all along a 10-mile stretch of Splitrock Creek that I’ve checked out this week.

When I started birding 20 years ago, I still remember seeing my first Bald Eagle along the Big Sioux River near Canton. I remember the excitement of seeing such a majestic bird. It’s amazing how rapidly their numbers have increased in the last few decades, as I can now be in any part of South Dakota, in any season, and it’s not a surprise to see one or more Bald Eagles. Even when I visit the grasslands in the central part of the state, an area that is far from any significant river or lake, I find Bald Eagles, sometimes in big numbers. A true success story for American conservation!  But even on a night like tonight where eagles are seemingly everywhere, it’s still a thrill to see and photograph these birds.  Some photos from today:

Young (3rd year?) Bald Eagle, flying over Splitrock Creek near Corson, South Dakota. However, it’s not just young birds that are in our area right now. In fact, a majority of the Bald Eagles I’ve seen in the last few days have been fully mature birds.

Another young Bald Eagle sitting on a tree stump northeast of Corson. While most birds are along Splitrock Creek, there are so many birds around that they seem to have spilled out onto the surrounding farmland as well.

A mature Bald Eagle hanging out on a chunk of ice left behind by the flooding at Splitrock Creek north of Brandon. This is perhaps the most common “perch” for these guys right now, as most of them that I’ve seen have been among the ice flows, where the dead fish are concentrated.

A long-distance shot, but it gives you an idea of the concentration of the eagles. There are 10 in this one shot, sitting on stranded ice blocks on a sandbar in the receding Splitrock Creek. This is the location where I saw 29 birds at once today.

An even longer-distance shot, showing a common sight in the trees near Splitrock Creek this week. There are 8 birds in this one tree, but it’s this group of trees where a local farmer told me there were 75 roosting overnight earlier this week.